B’nai B’rith Camp(BB Camp) is a Jewish community camp that welcomes people of all ages and provides transformational experiences for over 750 campers every summer.

Located in Beaverton, Oregon, and established in 1921, BB Camp has a long history of providing opportunities for leadership and development based on Jewish values that help strengthen the community. 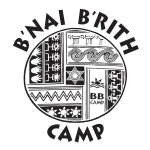 Aaron Pearlman, Director of Development for B’nai B’rith Camp, had shared a little of the organization’s history:

“I attended BB Camp for 8 years and worked as a counselor for 3 years as a teenager. It is truly a blessing to bring my experience as a development professional back to the organization that inspired me as a child. Everyone on our staff and our lay leadership is dedicated to the mission of our camp. It is an inspiring atmosphere and outstanding place to work.” 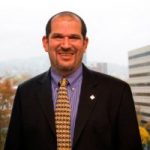 BB Camp participated in Oregon’s statewide giving day, #OregoniansGive, occurring in tandem with this year’s #GivingTuesday movement on November 29, 2016.  This was the first time their organization used GiveGab’s technology platform for fundraising, which they talked about in their GiveGab Case Study.

“We raised over $45,000 on #GivingTuesday. For a relatively small camp, this is a tremendous accomplishment.”

Their fundraising success brought them to the top of the Oregonians Give Leaderboards for having the most donations. Following the day, Aaron provided us with some insights regarding their action plan.

Aaron told us that BB Camp found a matching gift sponsor specifically for this event in order to further motivate donors to give on this particular day.

Donor outreach was also conducted throughout the day by staff members and volunteers, whereby they used the momentum of the leaderboards to get supporters excited about how well they were doing.

Prior to Oregonians Give, BB Camp posted videos and photos that were produced around their “Friendships for Life” theme for #GivingTuesday on social media. They started these posts in early October and increased their frequency to daily in the weeks leading up to #GivingTuesday. They also invested money in promoting these posts and posting pictures of many alumni and parents to increase the reach.

This helped inspire people to give and motivated donors, staff, and volunteers to keep working hard until the goal was reached.  Not to mention it doubled the money raised!

BB Camp needed to reach $20,500 to receive their matching gift.

BB Camp built up momentum through Facebook posts that they encouraged their followers to share with their own connections.

Supporters of BB Camp were informed about their participation in the Giving Day well in advance of Oregonians Give and proceeded to send direct emails and call select supporters throughout the day on #GivingTuesday.

A point Aaron emphasized was not relying strictly on the “online snowball effect” by securing a matching gift ahead of time, emailing their past and potential donors in advance, and spending all of #GivingTuesday emailing and calling donors encouraging them to give.

Aaron shared BB Camp’s fundraising results from past years to compare with this years’ success, of which their participation in #GivingTuesday plays a major role.  BB Camp’s combined #GivingTuesday and year-end fundraising efforts brought in $24,000 for 2014, $48,000 for 2015, and their projected outcome for 2016 is over $53,000 following their incredible results from #OregoniansGive 2016.

The success of their fundraising efforts came down to a combination of factors.  These included offering the opportunity to provide a matching gift to their major donors, which increased their support, along with diligent outreach and GiveGab’s user-friendly interface for their giving day.

Congratulations to B’nai B’rith Camp on Your Success!

Are You an Organization on GiveGab that would like to be Featured as a Nonprofit Champion?