Why Try #GivingTuesday: 4 Reasons Why You Won’t Want to Miss Out This Year

Even as Giving Tuesday begins to really take off across the country, I hear many nonprofits express reservations about participating and putting an effort into fundraising on that day. Some of them have tried it in the past with limited results, and others are a little hesitant to even start raising money online in the first place.

Giving Tuesday is a fantastic opportunity for almost every nonprofit. Following are just a few of the reasons I believe it is well worth the effort.

First, it’s a fantastic way to kick off December fundraising. 31% of all donations are raised in the month of December. Much of this is raised in the last three days of the year alone! But here’s the key to remember – it is those campaigns that already have fundraising momentum that garner the bulk of that donor generosity. Donors simply want to be part of a winning effort.

Launching your campaign on Giving Tuesday is a fantastic way to build momentum for the entire month! This – to be completely honest – is exactly why GiveGab waives our fees every Giving Tuesday. We know that if we can provide you with incentive to really push your campaign on the very first day; you’re going to raise much, much more for the rest of the month. (And we only do great when you do great). 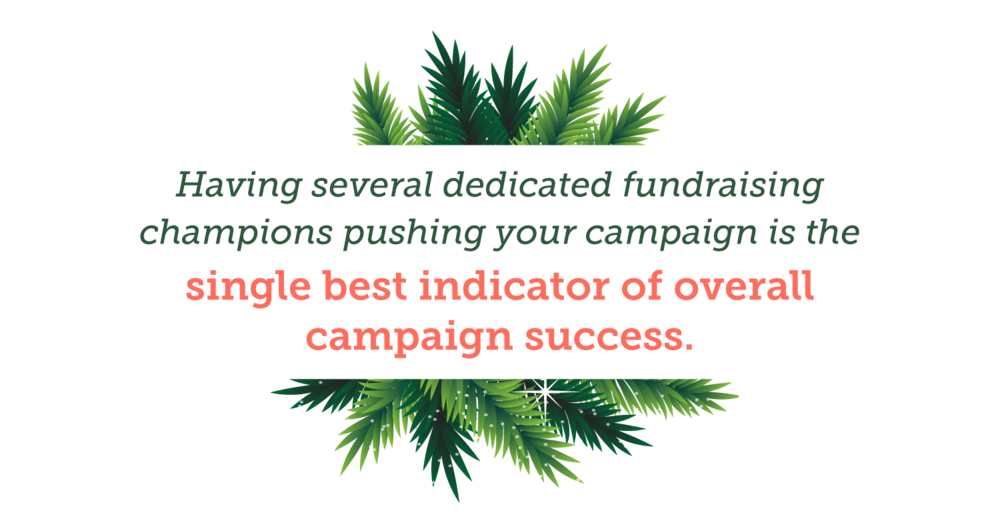 Giving Tuesday gives them a reason to all push hard in one day – reaching out to their friends and other potential donors.  This means many new donors that – as we saw consistently last December – may end up giving multiple times during the course of your December campaign if you can maintain momentum for the entire month.

Third, Giving Tuesday is a great excuse to tell your story!  That’s essentially what a great fundraising campaign is – telling the world why your nonprofit matters and in turn why they can matter to your nonprofit as well.

This is another great reason to gain and motivate your fundraising champions (and why GiveGab has spent so much time automating and simplifying this very process). Fundraising champions often tell an incredibly compelling story about your nonprofit that is even more powerful because it comes from a third party. This alone is well worth any amount of effort you’re able to put into Giving Tuesday!

Finally (at least for this blog post, but there are, of course, many more great reasons), Giving Tuesday promotes a general culture of philanthropy that is fantastic for you nonprofit, for your supporters, and for any community in general. Research has shown over and over that communities that give more improve their happiness, healthiness, economic stability – you name it.

Giving Tuesday isn’t just great for you, it’s great for everyone around you. Regardless of your belief system, your mission, or anything else, isn’t that really what the holiday season is all about?  Improving the lives of those around you.

This is another reason why GiveGab waives 100% of our fees every Giving Tuesday. A culture of philanthropy is great for everyone!