On November 29th, 2016, Oregon launched its statewide giving day, #OregoniansGive 2016, to raise awareness and funds for nonprofits throughout the state.  This day occurred in tandem with #GivingTuesday, a 24-hour event dedicated to giving back on a global scale.

#OregoniansGive was established by WVDO, The Oregon Community Foundation, and various other Oregon-based organizations, with the goal of engaging Oregonians to participate and give back to nonprofits throughout their local communities. 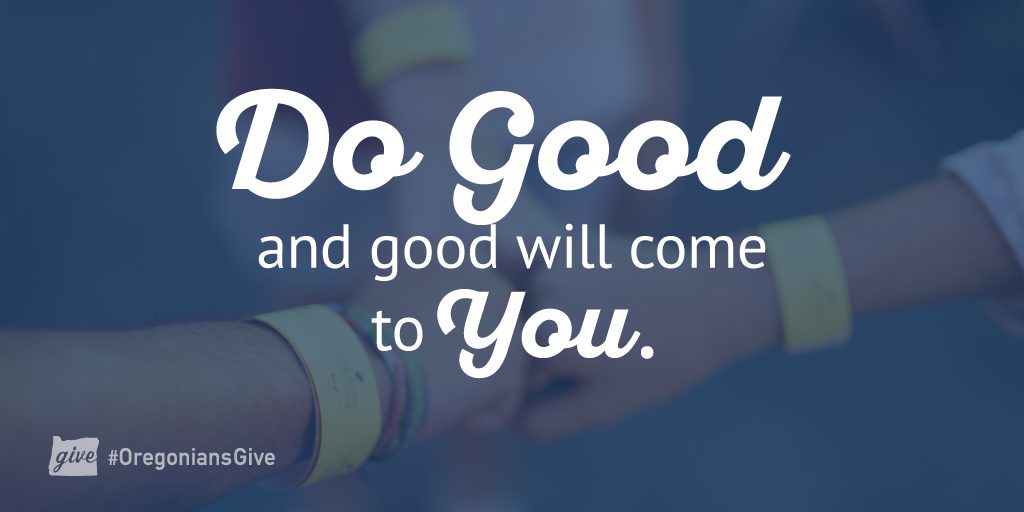 Hosted on GiveGab’s secure technology platform, this online giving event gave nonprofit organizations of all sizes and from all areas of the state the opportunity to take part at no cost to them.  In the spirit of #GivingTuesday, GiveGab waived its standard 5% platform fee, allowing for even greater donor impact. 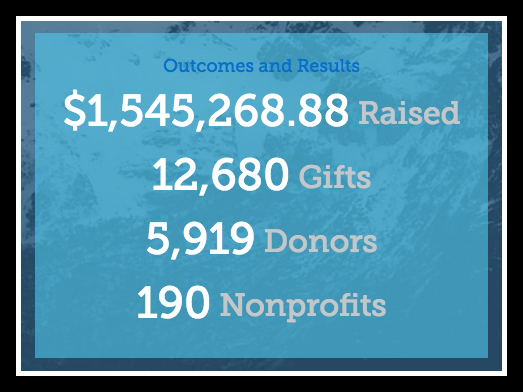 Throughout the day, participants and their supporters could monitor the progress of their favorite organizations by visiting the official #OregoniansGive Leaderboards.  Here, organizations were continuously updated and ranked by their donation amount and their number of donors.

By the end of the day, B’nai B’rith Camp (BB Camp) topped the leaderboards for having the most raised and most donors. Following their success, BB Camp was featured as a nonprofit champion on the GiveGab blog! 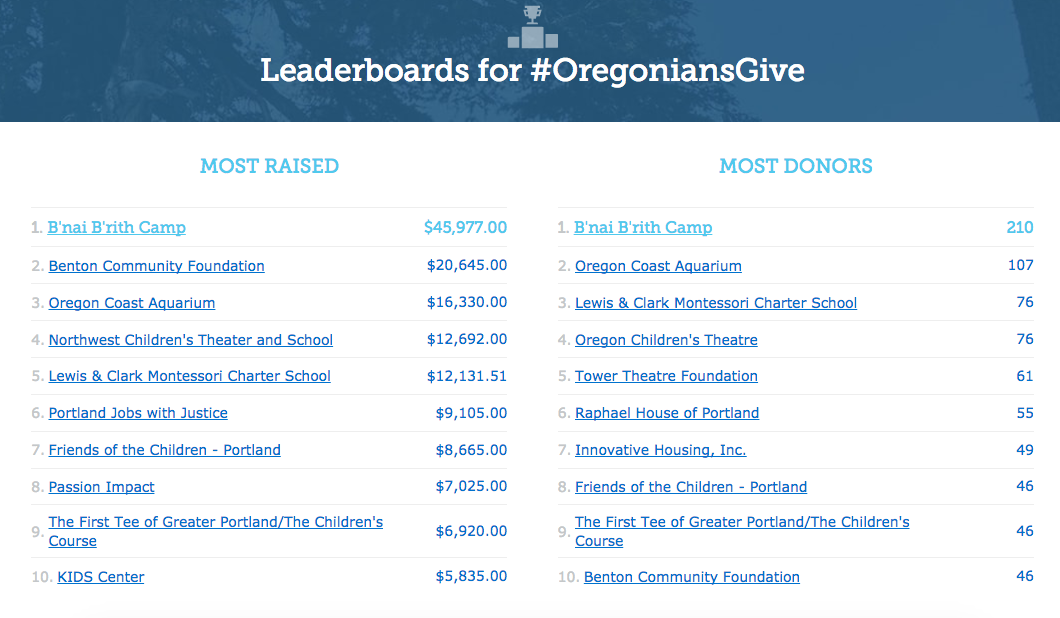 To access official numbers for #OregoniansGive 2016 or to learn more the event, visit the official website, www.oregoniansgive.org.  Nonprofits who participated in the day can still be found via the site, however, those who wish to make a donation to their organization will be redirected to a giving profile through GiveGab.com.

To all nonprofits who participated in this statewide giving movement, congratulations on your success and we hope to see you again next year!