The Live Greater Foundation is a nonprofit religious organization that provides help for the homeless, victims of domestic violence, and those struggling with addiction.  Based out of  Olathe, KS, they also aim to inspire people around the world with supportive messages shared through various channels.

Founded in 2014, The Live Greater Foundation has achieved incredible fundraising success for their campaigns, and we’re proud to call them our nonprofit champions! 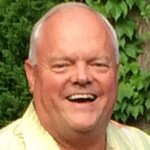 To understand how The Live Greater Foundation has been so successful with their fundraising campaigns, we asked their president and founder, Dick Montgomery, some questions:

What would you consider to be your most successful campaign and why?

Dick:  Thanksgiving was our favorite, because it appealed to so many new people. We think we pulled off a look of invitation and inclusion and we saw a huge response in donations.

Walk us through your plan of action for your Make Thanksgiving Possible campaign.

Dick:  We came upon the need rather suddenly and only had a month or so to plan, so we brought in teams of people who were newer partners. The project actually helped us forge partnerships with several other organizations.

Of the donors for this campaign, about what percentage would you say were repeat donors versus new?

Dick: Without looking at the numbers, I would like to say we were over 60% new donors on that campaign!

What efforts have you made to reach out to new donors and were any of them particularly successful?

Dick:  Facebook sharing among fundraising champions and donors is helpful, but face-to-face contact has been the most meaningful by far.

How did you recruit your fundraising champions?

Dick: We usually invite board members and a few other key people.

How would you describe your relationship with your donors? How frequently do you interact with them?

Dick:  We use a mix of social media, email, and direct mail. We have three direct mail campaigns a year, and one is during thanksgiving just to say thank you. We also hand write thank you notes once a year. Because we are a religious organization, we also use daily meditations during lent and advent. We find people appreciate that they don’t only hear from us during the giving seasons. Our rates of attrition and retention are excellent compared to industry averages.

Was there anything you learned from this campaign that stood out as something you could implement again?

Dick: On the ground partnerships were key and we could stand to incorporate it more. Also people seemed to love donating to something they could visualize.

What is your single best piece of advice for other nonprofits when it comes to launching a successful fundraising campaign?

Dick:  Take the time to engage your donors in between campaigns with gratitude and they will stay engaged.

Congratulations to Live Greater Foundation on your Fundraising Success!