Upstate Venture Connect (UVC) is an entrepreneur-led nonprofit in Upstate NY, that helps startup founders connect to the people and resources they need to succeed.

Being new to Giving Days and having little expectations about the outcome of the day, Kate and her team at UVC were pleasantly surprised by the help they received from the GiveGab team leading up to the day and their overall fundraising results in the days to follow. 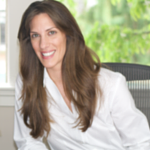 Kate shared how UVC promoted their campaign leading up to #NYGivesDay:

“UVC worked with our Board of Directors and several community builders as Fundraising Champions. We also harnessed UVC’s network on social media and our email distribution lists to spread the word.”

UVC was able to bring in over five thousand dollars from 24 supporters during New York state’s 24-hour giving event.

On their Giving Day profile, UVC also promoted their year-end fundraising campaign, called “Building Upstate New York through Entrepreneurship.”  With a goal of $50,000, they were able to raise over half of it by the end of January 2017 and will be ending the campaign at the end of March 2017!

When asked about their fundraising success, Kate attributed much of it to their Fundraising Champions.  She told us,

“The more Fundraising Champions you can attract to your campaign, the more success your organization will have at reaching desired goals.”

Their campaign had seven people acting as Fundraising Champions as of January 2017, helping to increase awareness and incoming donations.

UVC also took advantage of all the ways they could customize their campaign by including donation tiers (or donation levels) and an informative video that helped to maximize their impact and gain more support.

Congratulations to UVC on Your Success!