Sanguine Theatre Company is a nonprofit organization based out of Brooklyn, NY, that aims to make theatre more accessible to everyone and to produce quality performances that touch upon developing a better understanding of ourselves and the world around us.

Jillian Robertson, Artistic Director for Sanguine Theatre Company, shared some terrific insights into the success her organization has seen with online fundraising on GiveGab.

Jillian told us that their most successful campaign was held last summer, where their goal was to raise $10,000 and they surpassed it raising $11,577!

“Our previous campaign was the most ambitious amount we have set and we made it!” 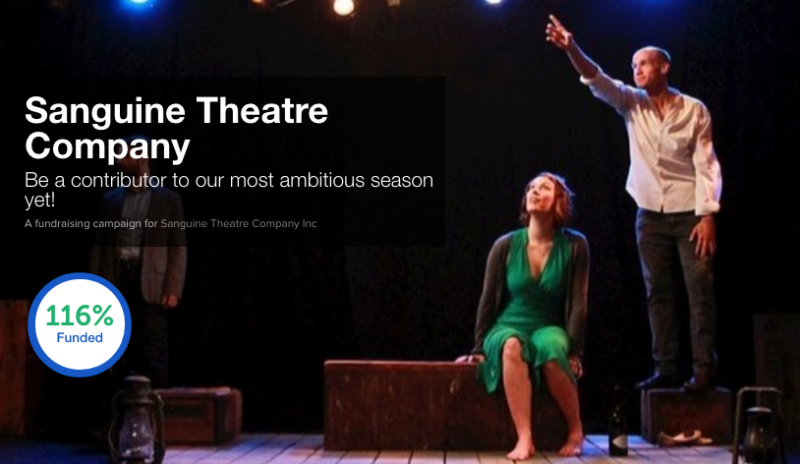 When asked what she would attribute to this success, Jillian said, “GiveGab!”

Plan of Action for this Campaign:

Jillian shared with us that a lot of effort was put into reaching out to new donors and that these efforts were approximately 50% successful.

“We choose people who have supported our organization and had great connections, but maybe didn’t have the funds to provide themselves.”

Jillian described having a fairly good relationship with their donors, sending out emails as a primary mode of communication and letters to those who prefer getting information in the mail.

What they Learned from this Campaign:

The power of recruiting fundraising champions is something Sanguine learned from this campaign and intends on implementing for future campaigns!

Most Important Piece of Advice for other Nonprofits:

“Set a high goal, but be vigilant about reaching it.”

Congratulations to Sanguine Theatre on Your Fundraising Success!