Regardless of your beliefs on technology’s influence on fundraising, the verdict is in: crowdfunding is legit and it’s NOT going away.  Why? Because people aren’t going away.

Crowdfunding is less about technology and more about people.  People live their lives online.  They share pictures of their food, meet their future spouses, work a continent away from their office, watch tv shows and movies, and yes, even engage in philanthropy.  You might feel like the status quo has always served you well so why bother adopting a new strategy for your non-profit?  Well, it just so happens I believe in answering my own rhetorical questions, so here goes:

There was a day when Blockbuster Video was on top of the world.  New stores were popping up all over the country.  Sure, they had competition from Hollywood Video, but both companies earned nice profits and were able to live without fear of the other causing their demise.  Then, a new kid on the block showed up called “Netflix.” No store fronts? All online? People wouldn’t go for that! People LOVE stopping by an actual rental store and browsing titles…and then driving them back to the store.  Turns out, not so much.  The combination of an increase in online users and better web/mobile interfaces made Netflix a hero and made Blockbuster a hotel for tumbleweeds.  Sure, Blockbuster tried to enter the home delivery game, but by then it was too late.  They rested on their existing model and ignored the evolution of the technology and users around them. 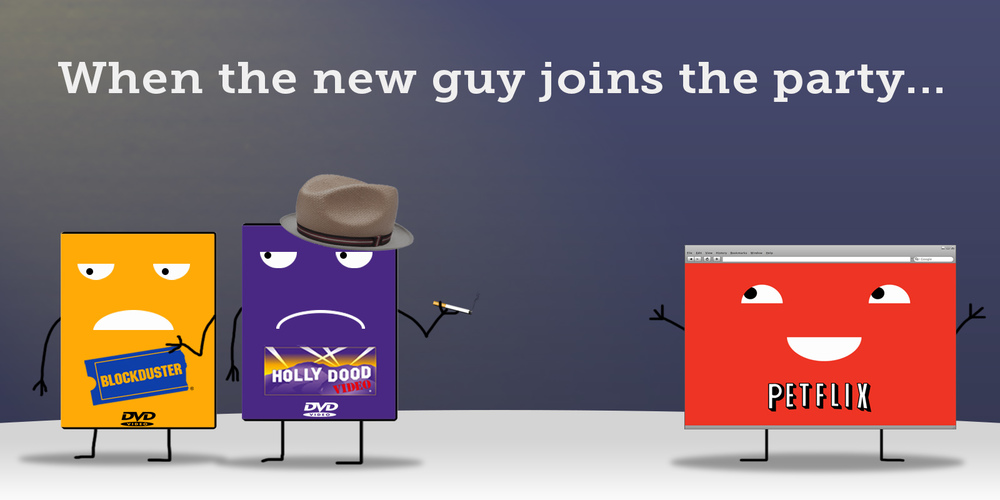 Perhaps your organization is in a similar place.  You have always met your goals sending direct mail and email to your loyal donors.  Or, maybe you’re seeing an downward trend in your annual giving. The question you have to ask is: is the evolution of donors and fundraising tools creating unexpected competition, while also offering an opportunity to engage potential donors outside of your community?  This is where crowdfunding enters the scene and demands your attention.

There was a day where a handful of non-profits were the only game in town.  Community members had limited options as to where they flexed their philanthropic muscles.  Crowdfunding has changed the game.  Now, a donor in Ithaca, NY can support a non-profit in Montana, or an elementary school in Texas.  It’s no longer a matter of where the cause exists, but what the cause supports.  Not only do crowdfunding sites bring those causes to me, but the evolution of online video and photo sharing makes it easy for organizations to SHOW me the people I’m impacting and give me the opportunity to hear from them directly.  Once I make a donation, crowdfunding sites allow for ongoing communication with the people who benefited from my gift. Crowdfunding has made possible what fundraisers have struggled with for decades: offering million dollar stewardship for a $25 donation.

Now, let’s be clear: the crowdfunding portal is not a silver bullet.  Statistically, the majority of crowdfunding projects do not reach their goal.  On Kickstarter, only about 44% of projects succeed in reaching their fundraising goal.  There are a number of reasons for that, but I would say projects fail because they rely on the software to magically bring in money and they don’t take full advantage of the storytelling tools at their disposal.

Crowdfunding isn’t just a fundraising tool, it’s an opportunity to engage new and existing donors in real-time, with content that brings your mission/story to life in ways a postcard or even an email, never could.  Suddenly, there’s an opportunity to create online relationships with donors from a city away, a country away, or even a continent away.  Crowdfunding is also an incredible virtual volunteer opportunity.  You may find that a person’s online networks are WAY more valuable than their donation and because crowdfunding lives online and on mobile, its reach is infinite.  Imagine being able to assemble a virtual volunteer army made up of dozens of people from in and outside your home base, then imagine it’s possible…right now…you can do that…with crowdfunding. This may all sound a little to “rich” for you.  Perhaps the unknown is scary.  Well, all I can say is there’s a good chance the other non-profits soliciting your donors are probably thinking of investing their time and energy in crowdfunding.

Crowdfunding isn’t a magical pill that will make your coffers overflow.  Rather, it’s a new vehicle ushering in a new era of fundraising.  It’s particularly useful in building out your donor pipeline.  Data shows young donors prefer to give online and to causes where they can make a direct impact.  Even if they’re not making large donations, engaging this demographic now is crucial to your future success.  The good news is, if you take advantage of the tools and tell a good story,  these savvy young-ins will share your message to their online networks, and possibly make you a household name in the process.

Change is never easy, but failing to recognize it and embrace it is a great way to become obsolete.  There’s no shortage of causes out there for people to support and to stand out, you need to be where the people are and offer a donor experience that speaks to them.  Crowdfunding offers you an opportunity to be where they are and engage with them the way they want to be engaged with.  All you have to do is commit to it.  Maintaining business as usual may sustain you for a while, but eventually you’ll join Blockbuster as one of the many organizations that rested on their laurels and now lay at rest…permanently.