Various areas of New York State hold annual Giving Days, including Roc the Day of Rochester, Spring It On of the Buffalo area, Giving is Gorges for Tompkins County, and many others.

November of 2016, however, marked the very first statewide Giving Day for ALL of New York, #NYGivesDay 2016!  Expanding from the apple farms of Upstate New York to the Big Apple of NYC, with an emphasis on New York Nonprofits changing the world for the better, the fundraising results were just as grand as the state! 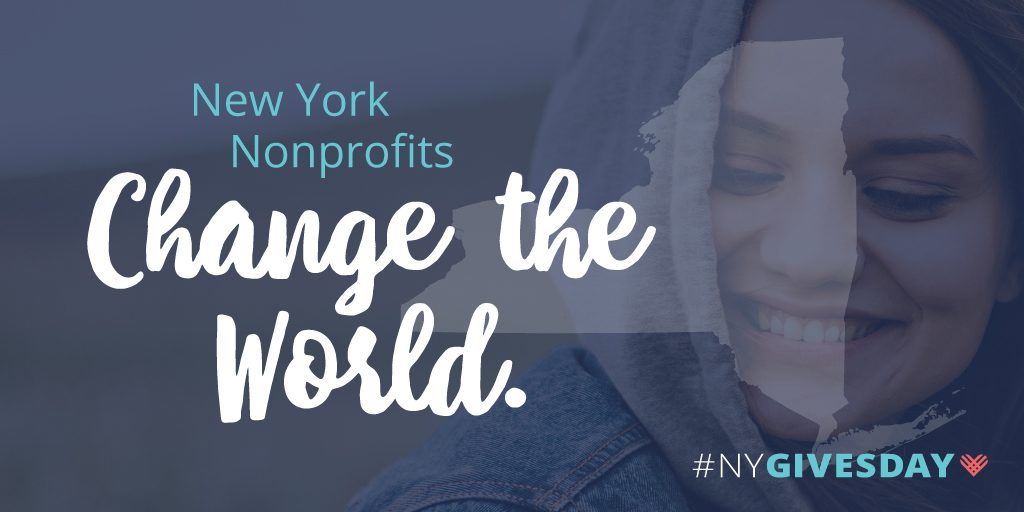 In collaboration with 92nd Street Y, the founders of #GivingTuesday, the fundraising data as of 12/5/16 revealed that upwards of 900 nonprofit organizations from across New York State raised over eleven million dollars from more than 29,000 donors for #NYGivesDays 2016! 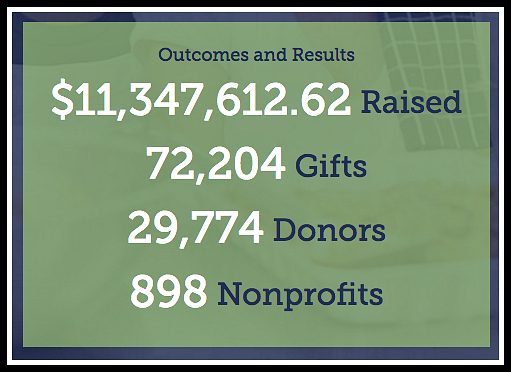 New York Gives Day occurred in tandem with the #GivingTuesday movement on November 29, 2016.  And although this specific date was their official Day of Giving, donations started pouring in shortly before and have continued following the day.

Nonprofits that participated in the day can still be found by visiting nygivesday.org, however, donors will be redirected to each organization’s giving profile through GiveGab.com, the technology platform behind #NYGivesDay, up until the next NYGivesDay event on November 28, 2017.

This Giving Day was established by the New York Council of Nonprofits (NYCON) and United Way of New York State in order to establish a culture of philanthropy throughout New York and to drive increased awareness and funds for local nonprofit causes.

As Reg Foster, President and CEO of United Way of New York State said of the day:

“Nonprofits provide critical services in every community in New York…A dedicated day of giving brings focus on how communities help themselves and neighbors help neighbors.”

Prizes were awarded to randomly selected nonprofits, as well as for those with the most dollars raised and the most donors acquired.  Official prize announcements were listed on the #NYGivesDay prizes page.  These prizes were generously provided by the New York Council of Nonprofits (NYCON), Accounting Management Systems (AMS), and City of Light Consulting, Inc.

Nonprofits were also ranked by amount raised and number of donors on the #NYGivesDay Leaderboards. 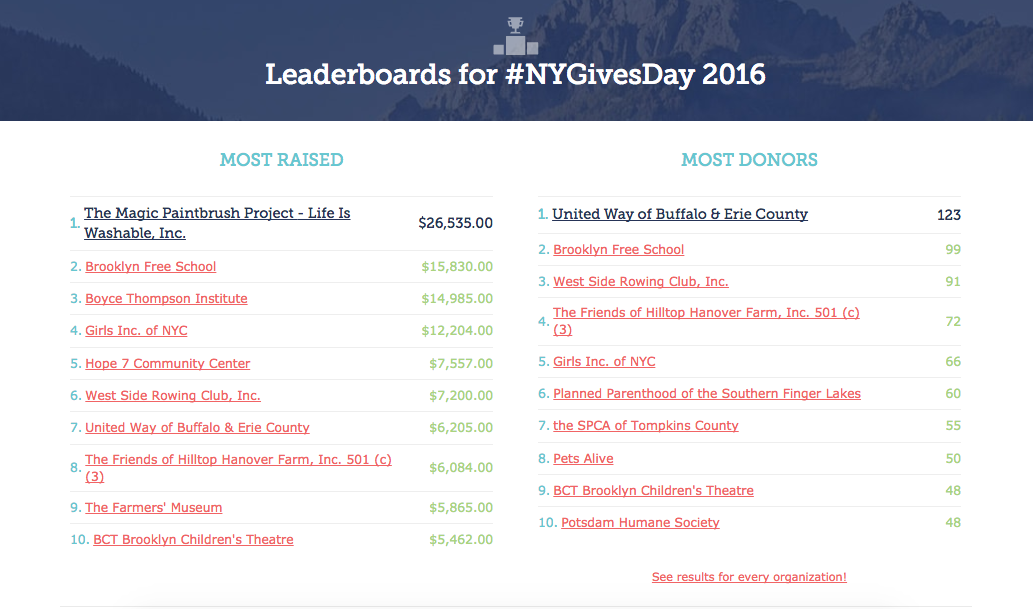 To all nonprofits who participated in this statewide giving movement, congratulations on your success and we hope to see you for the next #NYGivesDay!