On June 6 and 7, 2017, nonprofits throughout New Hampshire participated in their second annual Giving Day, NH Gives 2017.

“NH Gives is designed to bring the state together as one community, raising as much money and awareness as possible for New Hampshire’s nonprofits within a 24-hour, flash-mob of giving.”

With 292 nonprofit organizations participating this year, $310,171 was donated by 3,163 supporters, nearly doubling their results 2016! 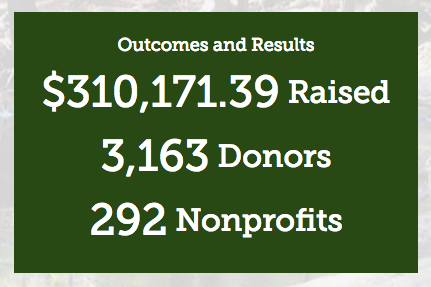 Monetary prizes ranging from $250 to $1,000 were awarded throughout the day to nonprofits who met certain challenges.  Challenges included:

For the duration of NH Gives, nonprofit participants and their supporters could see how their organizations were performing in real-time via the NH Gives Leaderboards.

Topping the NH Gives Leaderboards with the Most Raised at over $12k was Friends of Mascoma Foundation!

Topping the NH Gives Leaderboards with the Most Donors was Old Sol with 226 supporters!

Along with using donation tiers on their giving profile to provide supporters with an idea of where their donation money would be spent, Old Sol also included a compelling video:

Congratulations to all the nonprofits who participated in this year’s NH Gives Day!

As the official Giving Day partner for the second year for NH Gives, we’re happy to see them surpass their goals and can’t wait to see how they do next year.