Kickstart Your Year-End Fundraising With #GivingTuesday

As if an entire day dedicated to giving back to nonprofits wasn’t exciting enough, did you know that you can also use the leverage of #GivingTuesday to successfully kickstart your year-end fundraising efforts?

Data from 2015 shows that there’s a big spike in giving on #GivingTuesday, followed by another spike during the last 3 days of the year.  What better way to get your supporters prepared for those last few days than with your #GivingTuesday campaign?

Use the excitement from the day, along with what you learned from your campaign results, as a segway into your year-end fundraising efforts by following these steps!

Get the complete guide to #GivingTuesday Success! 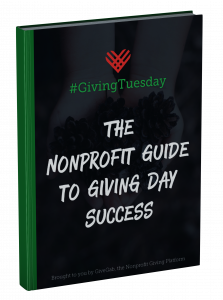