On March 14, Winter Storm Stella wasn’t the only thing creating noise for the Northeast, as Cornellians came together to give back to their community for their third annual Giving Day, Cornell Giving Day 2017.

Over 100 departments were featured on the official Giving Day site, allowing supporters to give to the areas they’re most passionate about and to easily share that information with their peers.

In just 24 hours, this giving event gained support from 8,638 donors who contributed over $6.3 million! 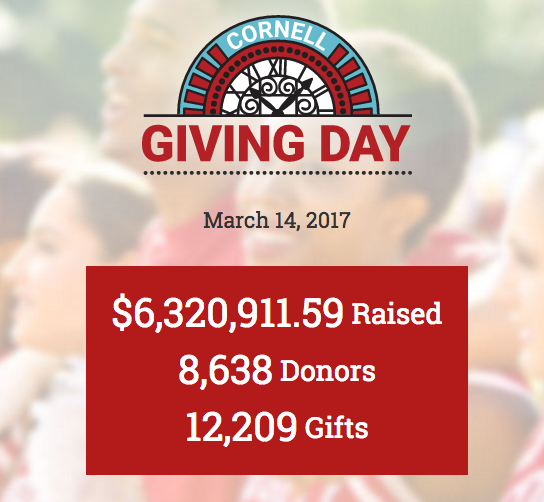 A series of prizes were awarded through challenges to the departments that met the criteria during specific time intervals. One such challenge awarded an additional $2,500 to the first department to receive a gift for the day:

You can browse all the challenges and winners on the Cornell Giving Day Challenges page.

To create friendly competition and to encourage increased support and engagement for everyone involved throughout Cornell’s Giving Day, the departments with the Most Raised and Most Donors were showcased on the Cornell Giving Day Leaderboards: 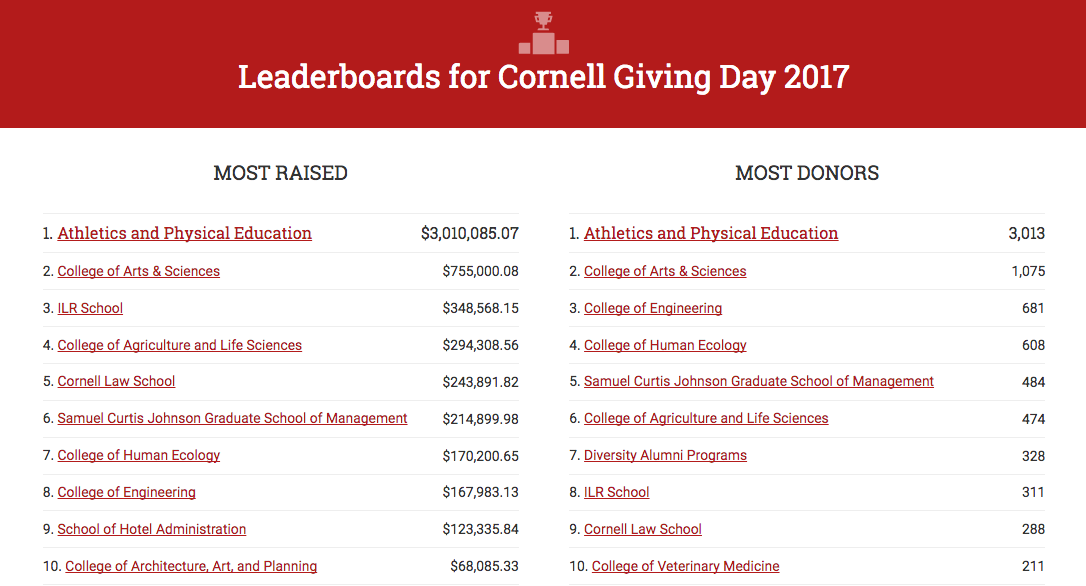 At the end of the 24 hours, the Department of Athletics and Physical Education topped the leaderboards with the Most Raised and Most Donors, having raised over $3 Million from 3,013 supporters!

Along with the ability to make a general gift to this department, visitors had the option to support a specific area such as The Big Red Band Fund or Field Hockey.  These options were readily available on the giving profile as All Support Areas for Athletics and Physical Education: 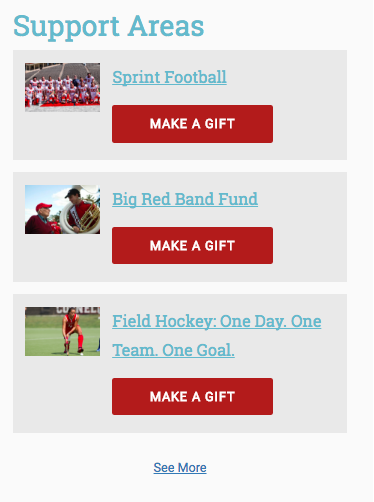 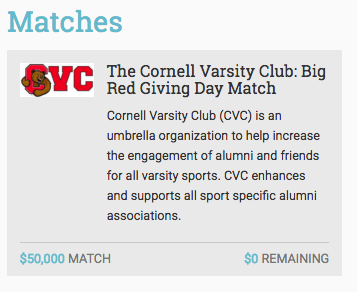 Positive reflections about the day with quotes from those at Cornell who were largely responsible for making this day successful can be found in The Cornell Daily Sun’s article, Third Annual Giving Day Raises Over $6 Million.

From all of us at GiveGab, congratulations to Cornell University on another successful Giving Day! We can’t wait to celebrate with you again next year!