On September 14, 2017, from 12 AM to 11:59 PM, Louisville, Kentucky celebrated their fourth annual Giving Day, Give For Good Louisville 2017 (known on social media as #GiveForGoodLou)!

This day was created to inspire people to give generously to one or more of the 500+ local participating nonprofits that make our community one where people and place can thrive. 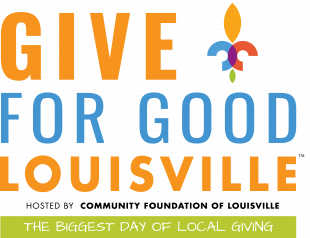 Known in previous years as Give Local Louisville, the Community Foundation of Louisville changed their name and their technology platform for their fourth annual Giving Day event.  According to Cara Baribeau, Vice President of Marketing and Communications for the foundation,

“We spent some time thinking about why the first three years were so successful — what was behind it — and we realized it’s really the spirit of people wanting to be a part of this force for good. Whether you’re giving ten dollars, a hundred dollars or ten thousand dollars, anybody can be that force, so that’s the spirit behind the name Give For Good Louisville.”

Louisville had a record-breaking event this year, bringing in more donations and more publicity than all years prior!

Along with the donations made to participating nonprofits, $16,416 was donated to hurricane relief efforts thanks to the option for donors to make an additional gift at checkout.

A variety of monetary prizes were awarded throughout the day, including those for nonprofits with the Most Dollars Raised and Most Unique Donations.

These among many other prizes were displayed on the official Give For Good Louisville Prizes page.

Organizations with the most Most Raised and the Most Unique Donations were features on the event’s Leaderboards. 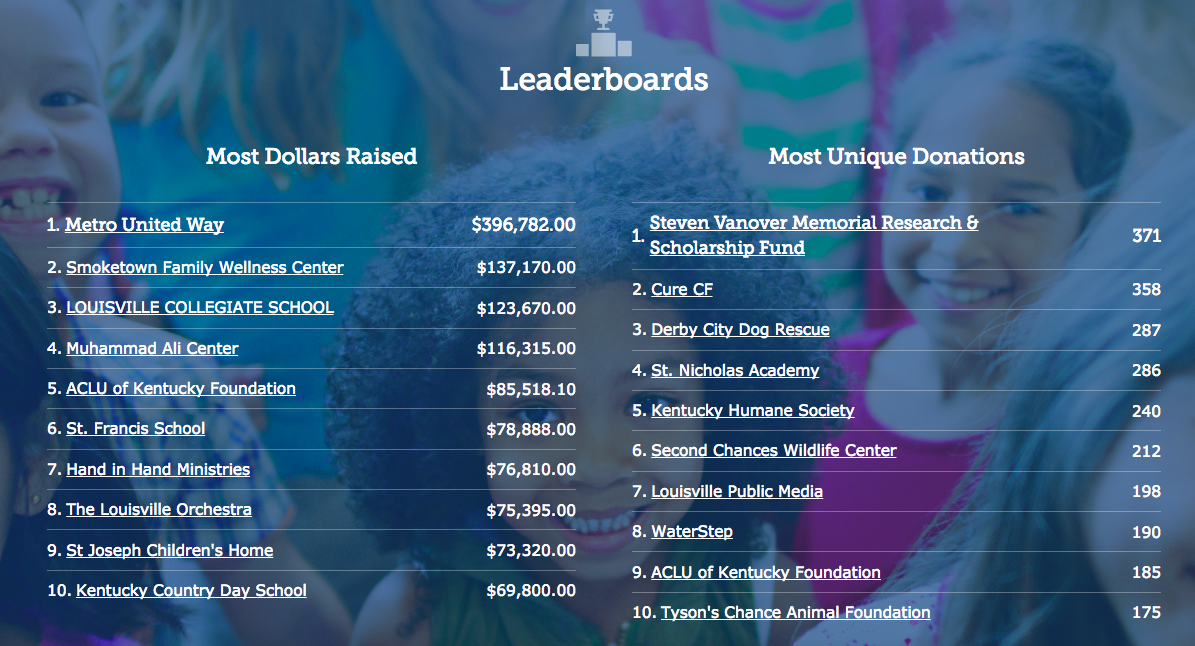 At over $396k in 24 hours, Metro United Way ranked first for Most Raised!

As the official Louisville Giving Day partner for the first time this year, we’re ecstatic to see them surpass their goals. Our team watched as the numbers rose through the night, morning, afternoon, and night and when Louisville surpassed their previous year’s donations we may or may not have caused some noise complaint calls to the owner of our building. We can’t wait to see how they do next year! ?